skip to main | skip to sidebar

This was probably our slowest Art Walk yet - which surprised us!

But then again, this was our first time doing the first Art Walk in May.  There was also a baseball game the same night so we think there were a lot of people there and not walking the blocks.  This is also the first year it has started at 5:30 instead of 6pm.


EJ took a late nap so we didn't get there until 5:20 to set up.  Luckily hubby arrived about 2 minutes after me.  Niki, from Thistle and Bees, was also there by 4:30 with her mom to stake out our usual claim.  Apparently her mom had to inform another participant that she was encroaching... :-P  Which, to me, was a good sign that we had such a great vendor turn out we would have a great customer turn out.  But it was definitely slow to start. 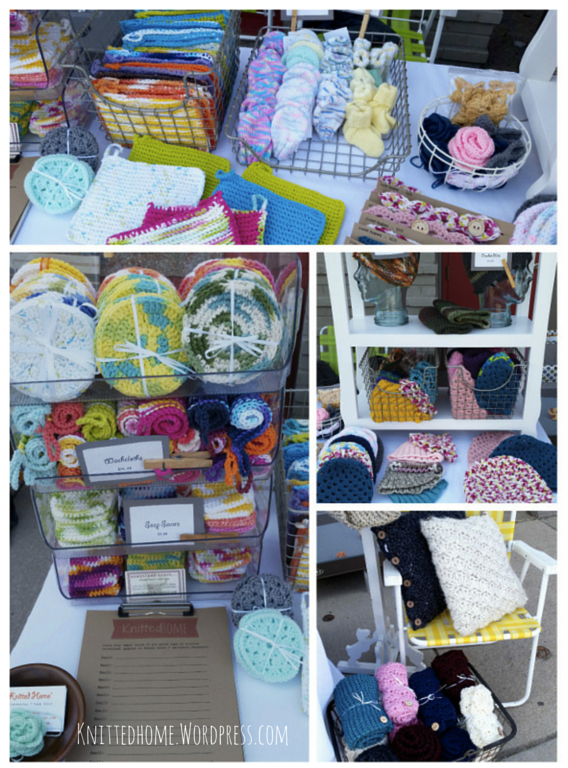 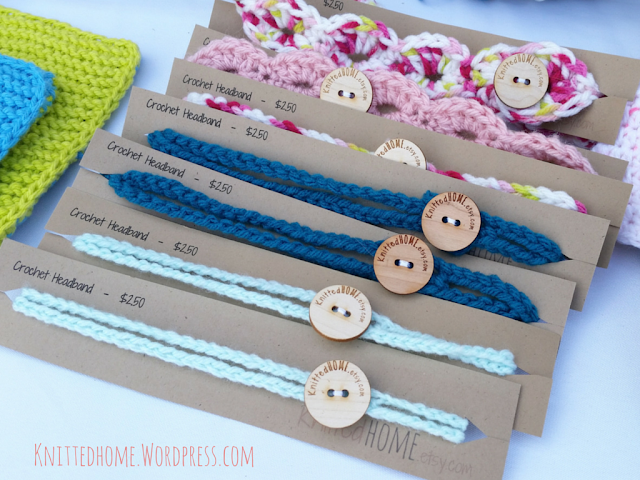 My best seller all week!

Then it was 1 rose shell hat an hour later, more headbands, 1 pair of hot mitts from a repeat customer at 8:40pm and another pair of headbands (8:54p) before we closed up for the night.

We ended up staying the whole time, leaving by 9:15pm instead of 8/:30 like I was originally planning in order to get EJ home for a late bedtime.  Poor girl was finally in bed by 9:45pm (instead of 8pm).


I'm excited to see what next month brings.  So many people were already talking about coming to next month's since they couldn't make it this time.  Let's hope so!

From the bottom of my heart, thank you to everyone for your support!  Thank you for visiting, shopping, sharing + collaborating with me to make this a reality.  I always close up shop on Cloud 9.  :-)

Next, I'll be posting about the Naturally Crafty Trunk Show I had only TWO DAYS later!  It's definitely a different niche + I loved meeting so many new friends!  What's your favorite part of selling or shopping at a physical art/craft show?
@ 7:00 AM
Email ThisBlogThis!Share to TwitterShare to FacebookShare to Pinterest

Share your birthday + I'll send you a postcard with a little surprise to celebrate your special day all month long!


Sign up for my newsletter + get my blog delivered straight to your inbox + exclusive coupons to use in my etsy shop.

+ get my blog delivered straight to your inbox + exclusive coupons to use in my etsy shop.

These are some of the "Life Hacks" I use to keep my household running smoothly so I can focus more time on blogging + crafting: 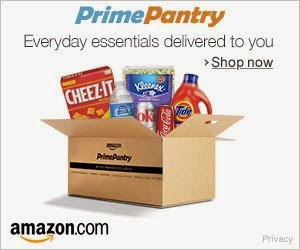 I love Amazon Prime Pantry because you can select necessities that you regularly need + they are delivered straight to your doorstep at the intervals you set. Set it + forget it. :)


Amazon Mom is the same concept as above. Select necessities + they are delivered straight to your doorstep at the intervals you set.
Best part: These are the best prices on disposable diapers. It even beats Extreme Couponing prices!

Sign up here + I'll add you to my growing Facebook chat where you'll receive updates of secret codes for bonus Swagbucks. Collect Swagbucks to redeem for giftcards via surveys, watching videos, answering polls, printing ecoupons, etc. Check out my post on Swagbucks here.

--> Select your store from their list + continue your checkout process to get money back based on your total purchase. They send you a check in the mail every quarter!